Reduction of Tillage & Chemical use

GroundHog™ Brand radish produces more root mass than oil seed radish or mustards. This extra large root system allows GroungHog™ to pull nitrogen and nutrients deep within the soil and bring them back to the surface. According to University of Maryland soil scientist, Ray Weil, a radish cover crop will capture 150 to 200 pounds of nitrogen per acre before winter killing. Upon decomposition, the nitrogen uptake becomes available to the next cash crop. GroundHog™ Brand radish will scavenge other nutrients as well.

GroundHog™ Brand radish has 2-4 times the amount of roots as rye or rape. (at 10"-20") Upon decomposition, these roots leave large holes in the ground that improve water infiltration and soil aeration.


Use as a cover crop to "mine" nitrogen and other nutrients that normally would leach out of your soils. GroundHog™ can also be used for weed suppression. When planted in August, radish cover crops emerged at the same time as the weeds but grow rapidly forming a closed canopy by the beginning of October, a month before spring oat and fall rye cover crops. During the winter, radish will decompose leaving a thin film of residue covering the soil.


Seed from August - September (earlier in the north and later in the south) at 10-12lbs per acre. Broadcasted, or 1/4 inch deep if drilled. Aerial seeding into soybeans before leaf drop. Apply 60 units of N for best root growth potential. GroundHog™ doesn't like wet spots and will winter kill with temperatures in the teens.

GroundHog™ can be planted with other brassicas, clovers and grasses. As with all brassica crops, GroundHog™ should be use in a rotation with other species. 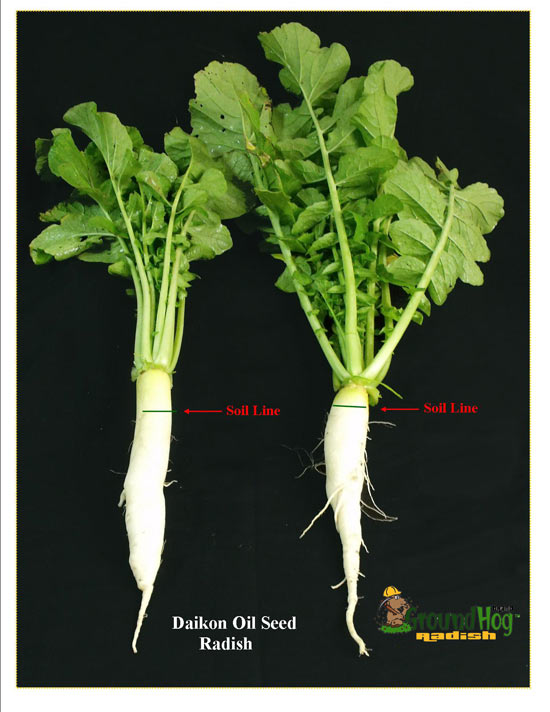 Notice the difference in the secondary roots. The GroundHog's superior secondary roots help to increase its overall effectiveness. Photo is courtesy of The Seed Center. 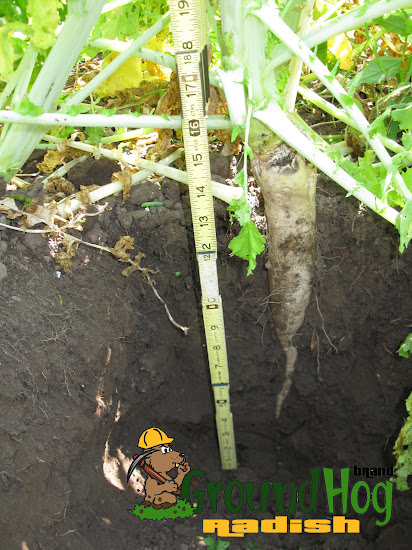 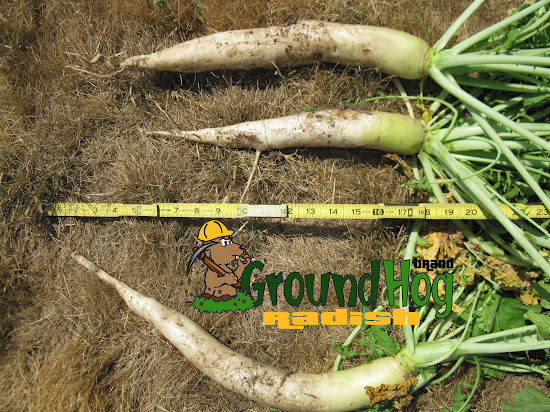 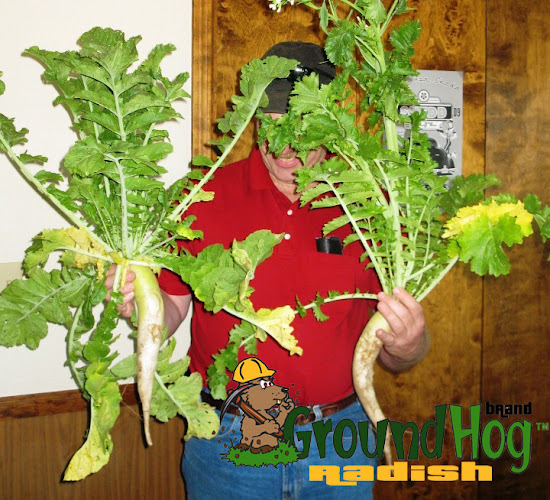 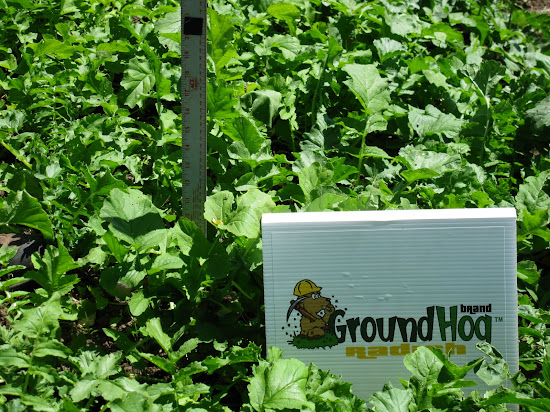 GroundHog™ only one month after planting! (Above and below.) 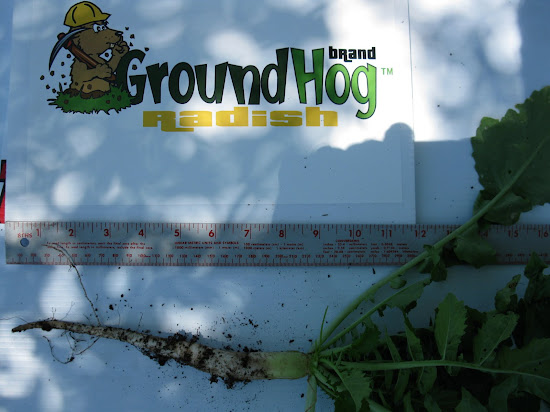